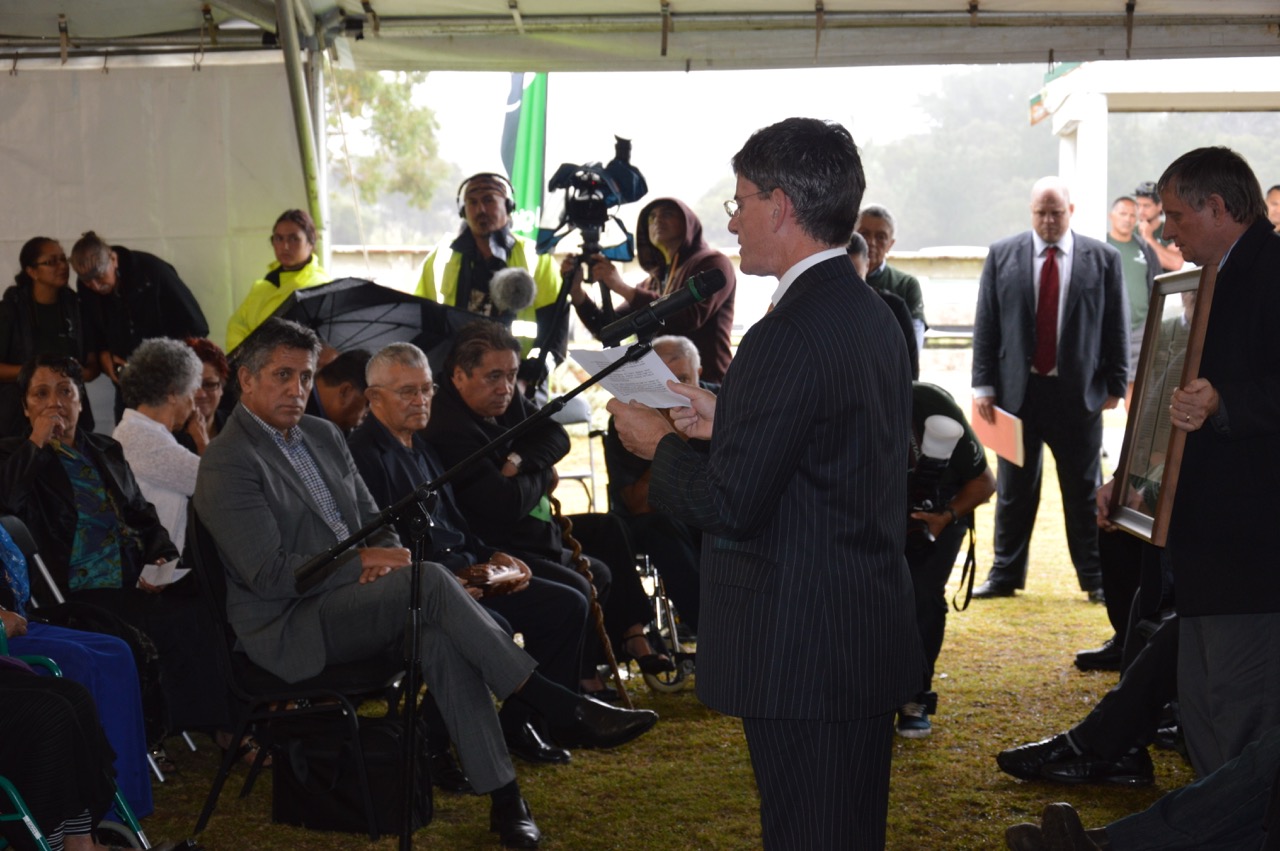 A formal apology, and accompanying $21million-plus Treaty of Waitangi settlement, will help Far North tribe Ngati Kuri rebuild its relationship with the Crown and end the work started many years ago by its ancestors.

As part of the settlement, Ngati Kuri will receive a cultural endowment fund of $2.230million for the enhancement of the historical and cultural identity of Ngati Kuri; joint vesting of Aupouri Crown forest lands (21,283ha) and accumulated rentals ($2.2million) between the Te Hiku iwi; and sale and lease back of Te Hapua and Ngataki school sites.

Mr Burkhardt said the treaty settlement did not define Ngati Kuri. “Today is us closing a piece of work that our tupuna started many years ago. The game changer for us was that we got to negotiate on our own terms,” he said.

But not all tribe members were happy over the deed, protesters from Te Hapua Ahi Kaa holding a demonstration opposing the deal. Protest members were given time to air their concerns at the signing, with one unnamed woman saying: “To the Crown, we do not accept your apology. To the trust board, we do not accept any money from this in Te Hapua. We expect a meeting with you next week.”

Mr Finlayson said Ngati Kuri’s claims were based on the Crown’s actions and omissions that left Ngati Kuri marginalised on their ancestral lands with few economic opportunities.

“Many had to leave the rohe altogether, resulting in a loss of social cohesion and difficulty in passing on Ngati Kuri’s tikanga, traditional knowledge and language to younger generations,” he said.

“Signing the deed (at Ngataki) recognises Ngati Kuri’s role as kaitiaki over this area. This settlement will enable the people of Ngati Kuri to focus on developing a strong cultural and economic base for the future,” Mr Finlayson said.

“Signing this deed of settlement with Ngati Kuri is an important step towards settling all historical grievances in the Far North and New Zealand as a whole. It signifies a new relationship between Ngati Kuri and the Crown.”