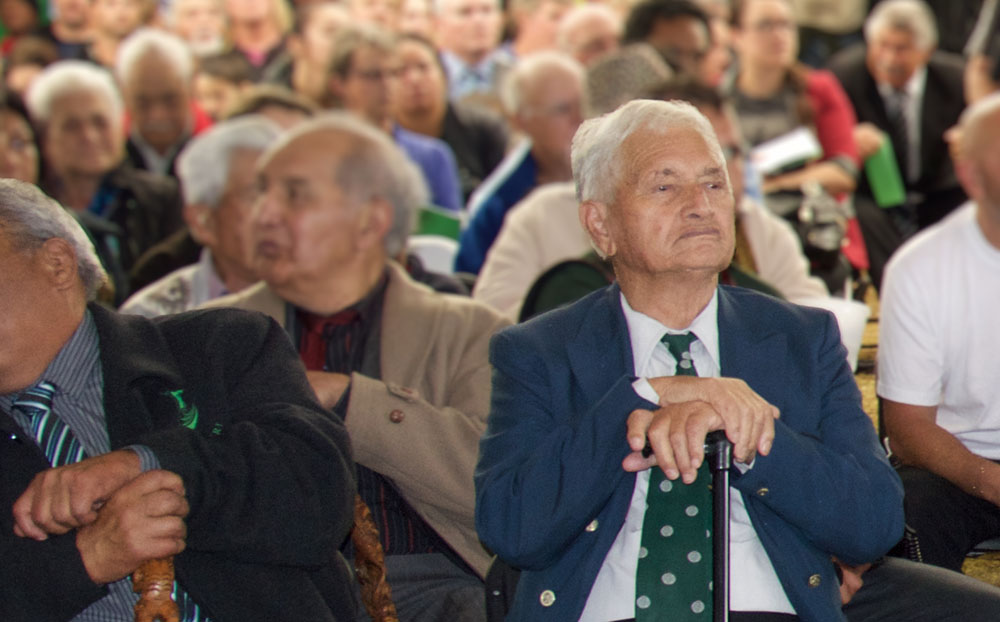 The last of the “Gum Diggers” has passed away.

Charlie Petera, the final member of the 28th Maori Battalion A-Company has died at his home in Ngataki, Northland last night surrounded by his whanau. He was 91 years old.

He was born and grew up in Te Hapua and when he returned from the war after serving with the 28th MAori Battalion he settled in Ngataki, became a farmer and there he brought up his family.

Ngati Kuri Chairman Harry Burkhardt says Uncle Charlie was one of the last surviving kaumatua who was born in an era and a time that focused on hapu, that embraced our tikanga and our reo.

“Petera was a repository for Ngati Kuritanga and our reo and was a powerful orator with mana and provided significant leadership for our people over his lifetime.

“His passion was to serve his people, he was always interested in his people.

The tangi for Charlie Petera is being held at Wai Ora Marae Ngataki with the funeral to be held at 10:00 am on Tuesday 14 June with the burial at his whanau urupa Perepetua.